The company Vondra & Vondra was established in 1992. From the very beginning the company was fully concentrated on development and production of mechanical elements.The company started to produce single - purpose machines according to customer’s specifications and gradually started to design and produce vibrating feeders and belt conveyers.

At present the company employs nine highly- qualified experts for this machinery area.

Because of order growth and consequently growth for production capacity, the company has decided to build a new production plant.

The 70 percent of the company’s sales is made by the production of feeders and belt conveyers. 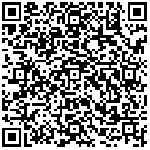